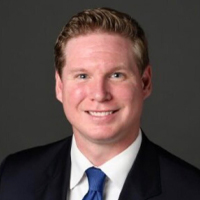 MacKay Jimeson is an award winning public affairs and communications professional, a businessman and political adviser. As Managing Director of Ember Global Advisors, Jimeson helps position companies for growth in an evolving landscape of regulation, public opinion and disruptive competition. Previously, he led Corporate Affairs for Pfizer’s $9 billion Internal Medicine business. In that role he was responsible for public policy, government affairs, communications, advocacy and corporate responsibility for a portfolio of innovative medicines that prevent strokes, manage pain and treat tobacco addiction. Among Jimeson’s most notable accomplishments was his successful engagement strategy and message development that led to the unprecedented removal of an FDA Boxed Warning for the company’s smoking cessation medicine.

Previously, Jimeson was tapped by Pfizer’s Executive Vice President of Corporate Affairs, to serve as a special advisor where he developed an industry first digital grassroots initiative to support pro-medical innovation issues. He also served as Pfizer’s spokesperson and managed media relations. While in media relations he established strong relationships with global top-tier media, even earned praise from journalists themselves, and ultimately increasing the amount of favorable news coverage of Pfizer. Jimeson managed such complex company news as a spokesperson, such as the loss of exclusivity for the iconic cholesterol-lowering Lipitor when the patent expired.

Jimeson’s background in policy and public affairs were developed as an aide to Florida Governor Jeb Bush from 2001 to 2005. He served as a spokesman on education reform and recovery efforts after major hurricanes, wrote speeches and developed early digital campaigns. He was also an advisor on Senator John McCain’s 2008 presidential campaign.
Returning to his roots, Jimeson was active in Governor Bush’s 2016 presidential campaign, by serving as a policy advisor, on the national finance committee and by co-chairing Mission: NEXT, the largest Republican effort to engage millennial voters. He remains involved in politics and currently serves on the national finance committee for Texas Land Commissioner George P. Bush.

In 2016 PRWeek honored Jimeson by selecting him to their 40 under 40 list. The following year Maverick PAC, the premier national network for young conservative business professionals, named Jimeson to their list of the Future 40. In 2018 the American Council of Young Political Leaders, a program backed by the United States Department of State, selected Jimeson to serve on a seven person bipartisan delegation to Russia

Connect with MacKay on Linkedin: